Welcome to the UXP Mypal page

UXP Mypal was a Free and Open Source web browser that sup­port­ed Windows XP. The source code was cen­sored. The story is ironic.

This page provides the censored source code for any­body who'd like some­thing as danger­ous as a for­bid­den Windows XP web browser.

A U.S. de­vel­op­er named Matt Tobin, location Kokomo-Greentown, Indiana, assert­ed that Mypal was an “illegal” fork of his own work on PaleMoon (tm), it­self a fork of Classic Firefox.

Matt Tobin, also known as Captain Tobin and New Tobin Paradigm, is 36 years old as of 2021. He's work­ed con­tin­uous­ly on Pale­Moon (tm) for years. His efforts have helped to make that project and the UXP plat­form which under­lies it suc­cesses from a tech­nical per­spec­tive.

This site considers UXP and PaleMoon (tm) to be among the most important FOSS steps and achieve­ments of the late 2000s. Markus Straver and Matt Tobin stood up to Mozilla and said “No” to Firefox Quantum and the death of XUL.

No other major FOSS project had the cojones need­ed to do this. Not in a man­ner that would stick. It was remark­able to see the majors just roll over like puppy dogs. But UXP came out of nowhere and stayed the course.

However, there's a flip side. Matt has been able to focus on FOSS as much as he has be­cause he's been on dis­a­bility for mental ill­ness. His father has sup­port­ed him as well due to his inabili­ty to work at a regu­lar job. 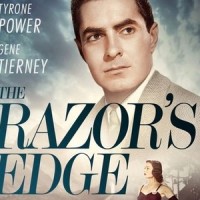 Disclaimer: We don't know if these points are still cor­rect. Addi­tion­al­ly, the state­ment that it's mental ill­ness as opposed to autism comes from Matt Tobin him­self and may not be relia­ble.

We can state with­out uncertain­ty that Matt once told this writer he was a “razor's edge from suicide”. This isn't some­body that you'd want as a baby­sit­ter.

Matt is known to the OpenBSD com­munity and others for his color­ful style.

If he's feeling stressed, Tobin threatens to kill peo­ple. He stated to this writer that he was going to “hunt you down and kill you and then kill you again”.

Matt add­ed that he'd kill the object of his rage some more after that. So much kill. :P

In the case of Mypal, Matt complain­ed that Mypal had vio­la­ted the Mozilla Pub­lic License in two re­spects.

The violations were innocent mistakes. One was pure­ly tech­nical. However, Tobin de­clined to accept cor­rec­tions of the vio­la­tions. Instead, he said that he had the right to revoke Mypal's use of the Pale­Moon (tm) source code for­ever. 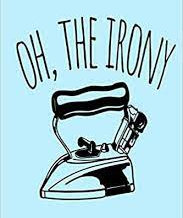 The ironic part is that Matt Tobin him­self is one of the most serious vio­la­tors of the Mozilla Public License on the planet.

Not just some ran­dom FOSS license. Matt Tobin is a conscious serial violator of the exact same license that he went after a rela­tive­ly inno­cent devel­op­er, Feodor2, for.

Tobin releases binaries of Interlink, a fork of the FOSS email pro­gram Thunder­bird, but he doesn't re­lease the source code for Inter­link.

That's the definition of ironic. And of a juicy law­suit if the pro­ce­dures can be fig­ur­ed out.

Matt Tobin's re­sponse to the Interlink license issue is to claim that he does release the source code for Interlink in the form of pass­word-pro­tec­ted archives which he pro­vides upon re­quest.

The legal problem for Tobin is that, he's stated public­ly, he only sends the archives to peo­ple that he trusts.

Advice re­la­ted to filing MPL actions is wel­come. If some­body would like to do this them­selves, AlbusLuna will con­sider con­tribu­ting to funds for attorneys.

Send requests for sue-Matt Tobin funds to the fol­low­ing email address: me at albusluna.com. How­ever, don't bother wri­ting un­less you've got an actual attorney lined up that I'll be able to re­search and phone.

If you're in com­muni­ca­tion with Mozilla and/or Mozilla attorneys, let me know about that so that there is no re­dun­dant effort or ex­pense.

This site has some sympathy for Matt Tobin despite his some­times murder­ous be­ha­vior and the fool­ish and self-absorbed approach to busi­ness that is like­ly to cost him every­thing. But he does need to reflect. 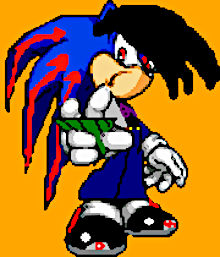 He fell in love with a male youth — now a British rock star — be­cause they both loved Sonic. The remark about suicide was made be­cause he feared that the rock star would leave him.

The duo told this writer that they liked to hack servers and to destroy lives. They did seem to be a match.

For what it's worth, the drawing that may have attract­ed Matt ap­pears to the right. It's the British rock star's por­trayal of him­self at age 13. The draw­ing is titled “Sonic Kid”.

Matt, I could have had you not just arrest­ed but put away for 5 to 15 years. It isn't unusual. Google what hap­pen­ed to the origin­al voice of Charlie Brown.

But I'm dealing with more than you are. I've travel­ed further and have a broad­er per­spec­tive. So, I shrug­ged you off. But get your act together or we'll need to look at legal steps that tan­trums in your forums won't be able to pre­vent.

Matt, you know that I'm thorough and that I fol­low through with things if I'm forced to get start­ed. Details are what I am.

You can read Matt Tobin's position on such mat­ters at the Pale­Moon (tm) forums:

This is the type of com­ment that you'll find in the PaleMoon (tm) forums:

(Speaker: Tharthan) And, NewTobin­Paradigm, the whole pro­cess that you went through that suc­cessful­ly outed djames1 as a traitor seems to demon­strate that some kind of (for lack of a bet­ter term) “back­ground check” could probab­ly be imple­ment­ed, with enough effort.

Not to mention, you said that there were signs of treachery long be­fore he was final­ly boot­ed out. So per­haps a great­er level of caution and a “better safe than sorry” atti­tude may need to be applied with regard to that going for­ward. 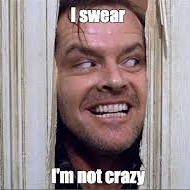 The point of the com­ment is that the PaleMoon (tm) group is con­cern­ed about the exist­ence of “traitors” who might share the source code with the out­side world.

Yes, that's a reason­able concern for a FOSS project. It isn't odd at all. :P

If you'd to request the Interlink source code or com­mun­i­cate with Matt Tobin to request his per­spec­tive, possi­ble but uncon­firmed email addresses for Tobin are list­ed be­low:

Communications should be kept civil. Don't expect civility in return.

The fol­low­ing email address may have been valid in the past. How­ever, it ap­pears that Matt may have attend­ed Eastern Howard Jr./Sr. High School from circa 2000 to 2004 and that this address dates back to that period. It's unlike­ly to still be valid:

Mypal per se still exists, but the UXP version has been taken off­line.

How to get the UXP Mypal source code:

You can get the UXP Mypal source code 4 dif­fer­ent ways. We recom­mend “wget” and either #2 or #4 be­low. How­ever, all 4 approach­es should work. If you're in a re­mote country or you have poor Internet, #1 may require a few tries.

The git clone approach will be slow. It may time-out if you're in a remote coun­try.

Look for a little down­load icon in the upper right area. Note: Feel free to sug­gest other cen­sored projects to host at that git site.

* The UXP Mypal git repo is large. So, git clones will be slow. The wget approach­es are recom­mend­ed.

* The wget links will probably change.

* We haven't con­firm­ed that this is the actual UXP Mypal source code. Don't trust the code until you've re­view­ed it.

We'd like to thank Matt Tobin for inform­ing us of the exist­ence of Mypal through links in one of his forums.

It's sort of funny. We had no idea that such Mypal exist­ed until Matt tried to de­stroy it. This is another exam­ple of irony. It's also the force behind Streisand Principle.

As a side note, Matt needs to release the source code for Interlink or attorneys and/or host-side admin­i­stra­tive actions may event­ual­ly come into play.

Distribution by password-pro­tec­ted archives is per­mit­ted if and only Matt sends an archive to every per­son who re­quests one. The legal prob­lem for Matt is that he's stated pub­lic­ly he isn't do­ing that.